The cost of strengthening the city will be astronomical. In January, Congress approved some $60 billion to fund Sandy recovery efforts, with around $33 billion for longer-term investments, including infrastructure repair and construction by the Army Corps of Engineers. Pinsky says that he does not yet know how much of that money will go to New York, but he is sure it will not be enough. The city will define its budget in June, after his group has made its official recommendations. The rebuilding endeavour will probably necessitate a “creative” mix of public and private financing, he says. “It will probably require calling on a combination of almost every tactic that has been tried around the world.” 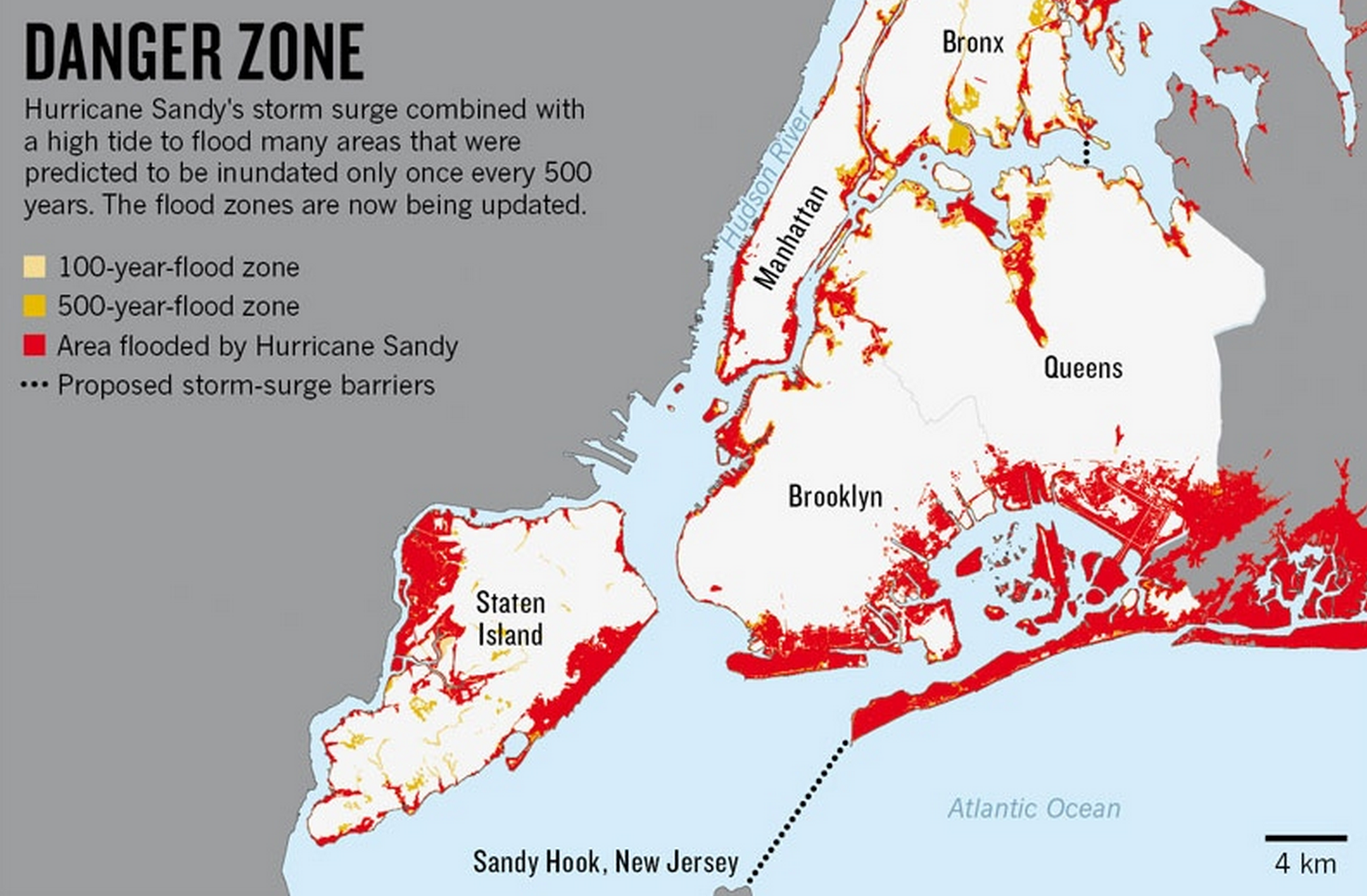 Even as he calls for more intelligent development, Pinsky says that New York is unlikely to take a drastic approach to dealing with storm surge and sea-level rise. “Retreating from the coastline of New York city both will not be necessary and is not really possible,” he says.

Given the sheer scale of development along the coast, it is hard to argue with Pinsky's assessment. But many climate scientists fear that bolstering coastal developments only delays the eventual reckoning and increases the likelihood of future disasters. The oceans will rise well into the future, they say, so cities will eventually be forced to accommodate the water.

“I don't see anything yet that looks towards long-term solutions,” says Klaus Jacob, a geoscientist at Columbia University's Lamont-Doherty Earth Observatory in Palisades, New York. But Jacob admits that he is as guilty as anyone. In 2003, he and his wife bought a home in a low-lying area on the Hudson River in Piermont, New York. Although it went against his professional principles, he agreed to the purchase with the assumption that he could elevate the house. But height-restriction laws prevented him from doing so, and Sandy flooded the house. The couple are now rebuilding.

“In a way, I think I was in denial about the risk,” Jacob says. He hopes that a new application to raise the house will be approved, but he still fears that the neighbourhood will not survive sea-level rise at the end of the century. New Yorkers and coastal residents everywhere would be wise to learn that lesson. “Ultimately,” Jacob says, “we all have to move together to higher ground.”